Jim has worked on telecasts of the National Football League (NFL), National Collegiate Athletic Association (NCAA) Division I men’s basketball and the PGA Tour for CBS Sports since the 1990s.

He has been the NFL announcer on CBS’s top play-by-play since 2004. He currently commentates on the Thursday Night Football and a Sunday afternoon game alongside former Dallas Cowboy quarterback Tony Romo.

Nantz was married to Lorrie Carlsen Nantz for 26 years before divorcing in 2009. The couple lived in Westport, Connecticut and had one child, daughter Caroline.

On June 9, 2012, Nantz married Courtney Richards in a ceremony at the Pebble Beach Golf Links in Pebble Beach, California. On March 14, 2014 Nantz and his wife welcomed a baby girl. 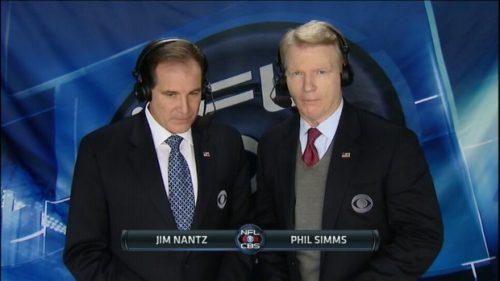